The Region of Central Greece

The Region of Central Greece lies at center of the country, connecting its two main poles of economic activity (Athens, Thessaloniki). Main competitive advantages of the Region are its strategic positioning as far as the road, rail and maritime transports are concerned, the significant industrial activity, the rich agricultural production, the natural and the cultural resources.

The Gross domestic product (GDP) of the province was 8.8 billion € in 2018, accounting for 4.7% of the Greek economic output. GDP per capita adjusted for purchasing power was 18,900 € or 63% of the EU27 average in the same year. The GDP per employee was 81% of the EU average. Central Greece is the region in Greece with the fourth highest GDP per capita.

Some of the most popular sites and destinations in the area: the archaeological sanctuary of Delphi, a UNESCO World Heritage Site, known since antiquity as the “navel of the world.” It is located in the prefecture of Fokida. ‘Harsh and Doric,’ but still warm and hospitable, Fokida features a distinguished, endless beauty of an ever-changing scenery. A breath away from Athens lies the prosperous land of Viotia which offers rich natural beauty, Ancient monuments, treasures from the Byzantine period, snow-covered mountain slopes, and secluded coasts. The magnificent setting of Viotia is known as the legendary crossroad of gods, heroes and oracles. Evia encompasses the entirety of Greece in one island. Evia is its own unique world, full of natural surroundings, rich vegetation, clear blue waters, therapeutic springs, and cultural heritage. From North to South, from Aidipsos to Karistos, Evia offers outstanding experiences. The picturesque island of Skyros (which belongs to Evia), is famous for its local ponies. Wild and proud, friendly and genuine, Evritania has remained a trademark of Greece through the centuries. Its exquisite natural environment is the source of life and inspiration. Historic monuments, monasteries, and churches untouched by time, impressive mountains, dense forests, and picturesque villages compose its fairytale scenery. A natural link between the South and North, Fthiotida is the hub of Central Greece. It is where the impressive coastline reaches mount Oiti and its long Greek history stands proud and unchanged. Generously gifted by nature with therapeutic springs and great mountains rich in flora and fauna, Fthiotida is an ideal destination.

These large dried figs are made from Traganika variety figs grown exclusively in the municipality of Kymi on the island of Evia. The fig tree of this local variety has hardly any natural pests, which means it can be organically fertilized and requires no pesticides.
Kymi figs are harvested from August until the end of September. They are gathered when fully ripe and placed in wooden baskets called “telara”. They are processed in special chambers using sulphur vapors and cut in half, and are then left to dry in the sun for 4 to 5 days. After drying is complete, the parts are stuck back together by their insides to form the final product, called “askada”. Then they are washed in hot water to soften, cleaned, and left to dry for another 24 hours. These figs have gained great recognition among consumers, and many products are also made from Kymi figs, such as fig bars, fig jams and fig honey dressings.

This semi-hard cheese has been produced from goat or sheep milk, or a blend of the two, in the town of Arachova below mount Parnassus in the central Greece for at least a century. The milk is taken from breeds which have adapted to the mountainous region, and their diet is based on local herbs and plants. The cheese is curdled and the curd is divided and put into special molds or baskets, where it is salted and dried. The cheeses have a compact structure, a characteristic cylindrical shape, a pale yellow color and a striped appearance that results from the reed mats on which they are placed to dry. Formaella Arachovas Parnassou is a cheese with a very pleasant taste and aroma and it is usually eaten plain or either fried or grilled as an ingredient in typical regional dishes.

This cottage cheese is made with goat milk or a mixture of goat and sheep milk from breeds traditionally raised in the village of Domokos in the Orthys mountain range in Central Greece. It is made following a traditional recipe without the use of rennet. Once the cheese is drained, it is salted and the product is ready to be packaged and sold. Since it is so rich in flavor but low in salt and fat content, it is an excellent choice for a low fat diet. It has a mild aroma and a hint of sourness that combines well with mane other ingredients. It is also delicious when eaten on its own with a bit of honey.

This high-quality pistachio is produced in the municipalities and commnes of Fthiotis prefecture. It became a traditional crop of the area in the 40’s and 50’s, and today its production contributes significantly to the local economy. Each year, in late August to early September, the pistachios are gently shaken from the trees and their outer pink hulls are removed. Afterward, they are dried and hand-selected. Any use of chemicals or pharmaceuticals in production is forbidden, even to prevent possible diseases from being transmitted through the soil. The pistachio has a dark green color and a very pleasant flavor and can be either salted or unsalted. They can be enjoyed plain, in salads, or in pistachio-based sweets, cakes and yogurts.

This table olive is obtained from olive trees of the Konservolia Amfissis variety grown in the municipalities of Amfissa, Itea, Delfi, Chrisso, Sernikaki, Aghios Konstantinos, Aghios Georgios, Eleonas, Drossochori, Prossilio and Kirra in Fokis prefecture. Even though conditions on this mountainoys region are not ideal for cultivating olives because of its cool winters, the Konservolia variety has adapted well. The olives are usually harvested when fully ripe and gathered by hand using small wooden sticks. Selected olives are fermented in a brine for four months to reduce their bitterness and then preserved in salt. These olives are more round than oval, with a meaty, soft flesh and a pleasant, mildly sweet flavor. Around 70% of the table olives produced in Greece are of this variety. The olives are often pitted and used for stuffing. Konservolia Amfissis olives are best served in salads, with cheeses such as manouri or meta, or in warm tarts with goat cheese.

This large table olive is obtained from olive trees of the Konservolia variety grown in Fthiotis prefecture in central Greece. They are harvested by hand, either when ripe and black or earlier when they are still green. When transported to the processing plant, the black olives are soaked in a caustic soda solution and the green ones in a salt solution to reduce their bitterness and then they are pickled. The flavor of these olives is mild and slightly sweet. These olives are quite large and their meat detaches easily from the pit. Konservolia Atalantis is usually eaten in tasty salads or sliced over pasta.

This table olive is obtained from olive trees of the Konservolia variety grown within the Rovies municipality in central Greece. The weather conditions and soil in this area are perfect for olive cultivation. Traditionally, these olives are harvested by hand and transported to a processing plant. In order to make them less bitter, they are doused in a solution of caustic soda for twelve hours. Afterwards, they are placed in a brine with added lactobacillus bacteria to ferment. The pleasantly sweet flavor and fruity aroma of these olives have made them quite popular and they can be found served on appetizer platters with cheeses or sliced over salads and pasta.

This table olive comes from olive trees of the Konservolia variety grown in Fthiotis prefecture in central Greece. This region is characterized by a Mediterranean climate with warm summers and humid winters that is ideal for the cultivation of olive trees. Traditionally, the olives are harvested by hand either during the initial state of ripening while they are still green or when fully ripe and black. They are transferred in plastic crates and treated in a processing plant. In order to remove their bitterness, the green olives are processed with a caustic soda solution and the black ones in a salt solution and they are then pickled. Their pulp is usually described as crunchy and it easily detaches from the pit. Their flavor is mild and pleasantly sweet. Enjoy these olives in salads and pastas or serve them as an appetizer with goat cheeses.

These dried figs of the Smyrna variety are produced in the villages of Taxiarchis, Neos Pyrgos, Aghios Georgios, Orei, Istiaia, Kamaria and Kastaniotissa in the northern part of the island of Evia. The area benefits from the neighboring mountains and the Aegean Sea breeze and it enjoys a favorable Mediterranean climate with long hours of sunshine, which gives the succulent, thin-skinned Taxiarchi figs a particularly sweet flavor. They are carefully hand picked in August and then slowly dried under the sun, which coaxes out a wonderful light yellow color and an intense honey-caramel aroma. Taxiarchi figs make for an excellent all-day snack, but they can also be enjoyed chopped into salads or as an appetizer with cheese and cold cuts. 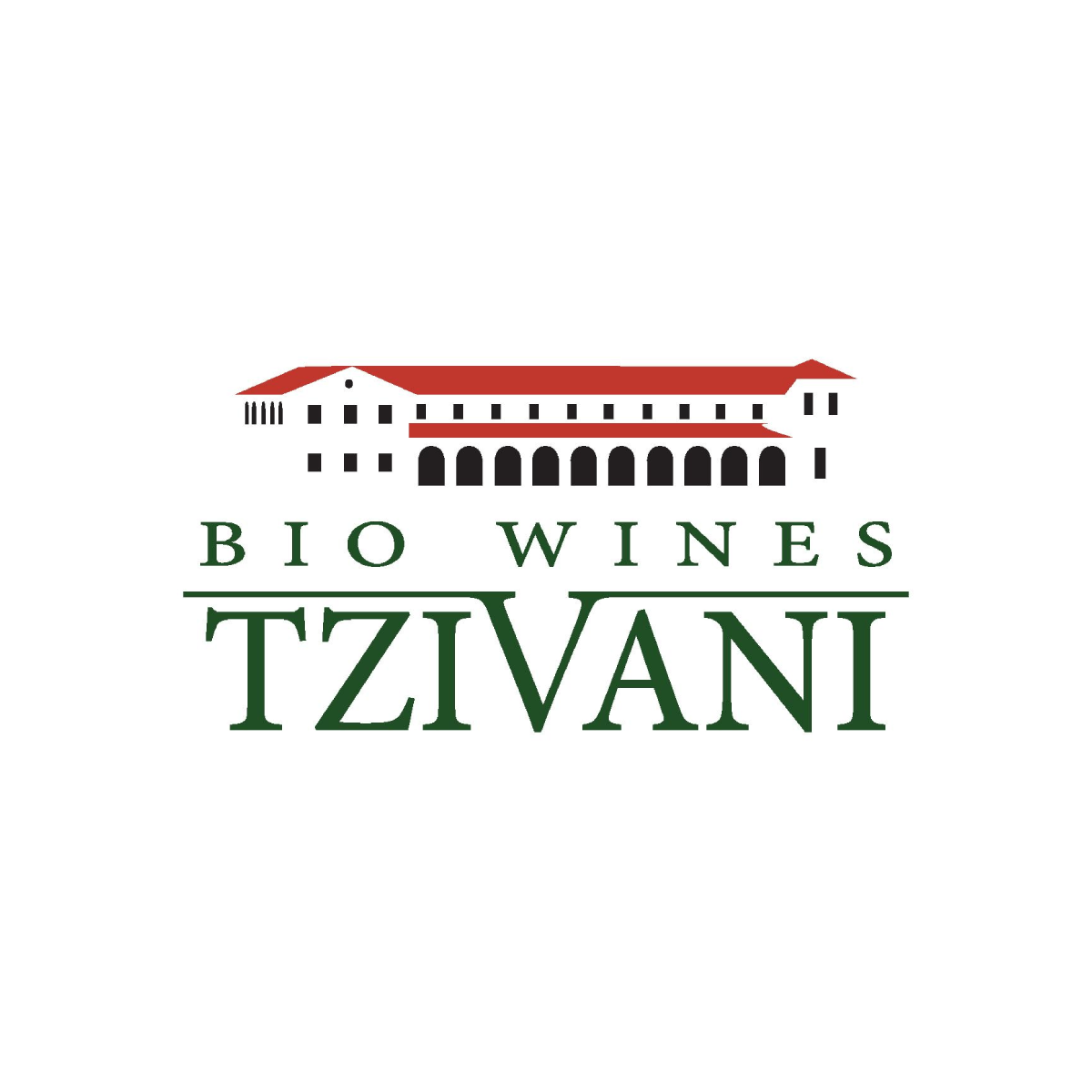 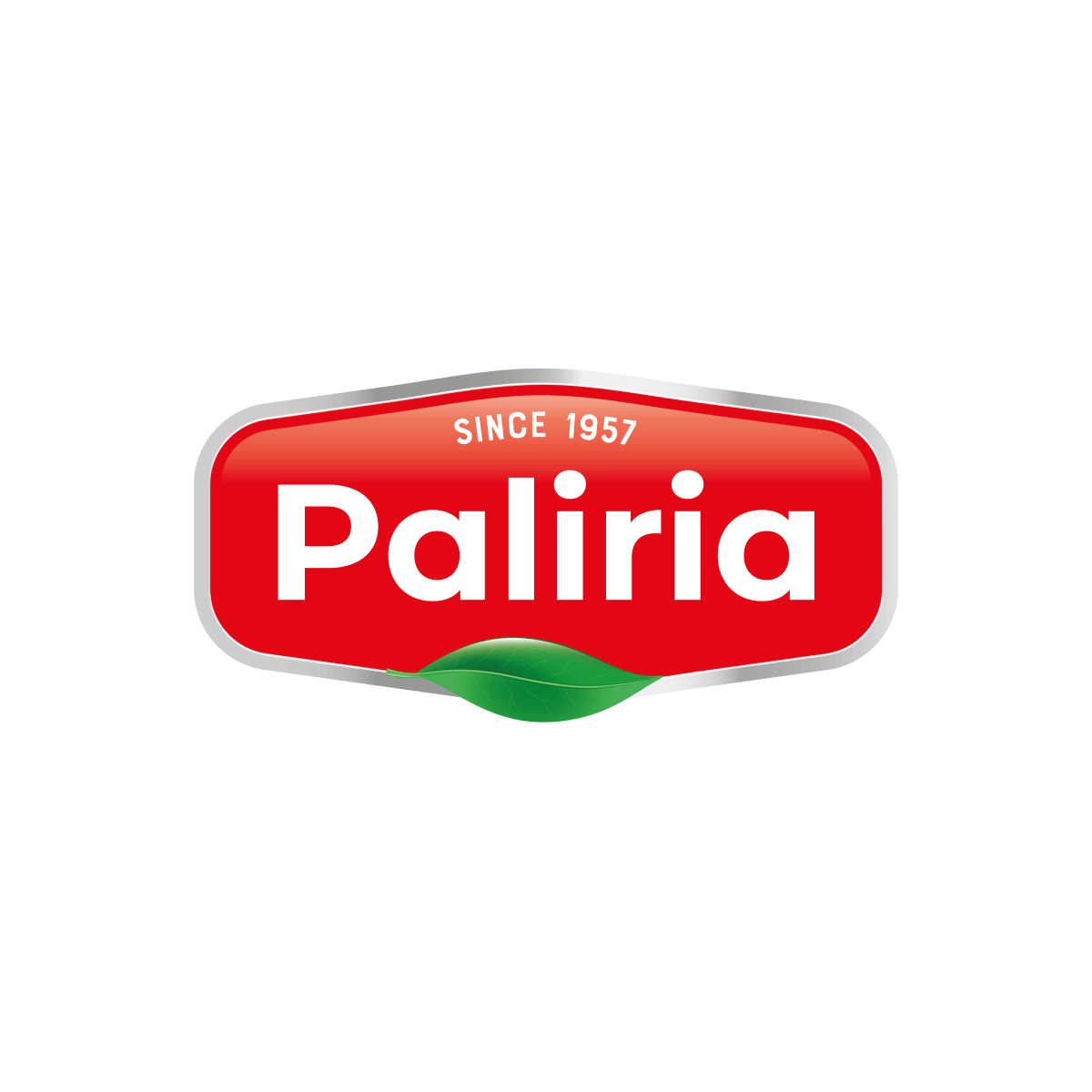 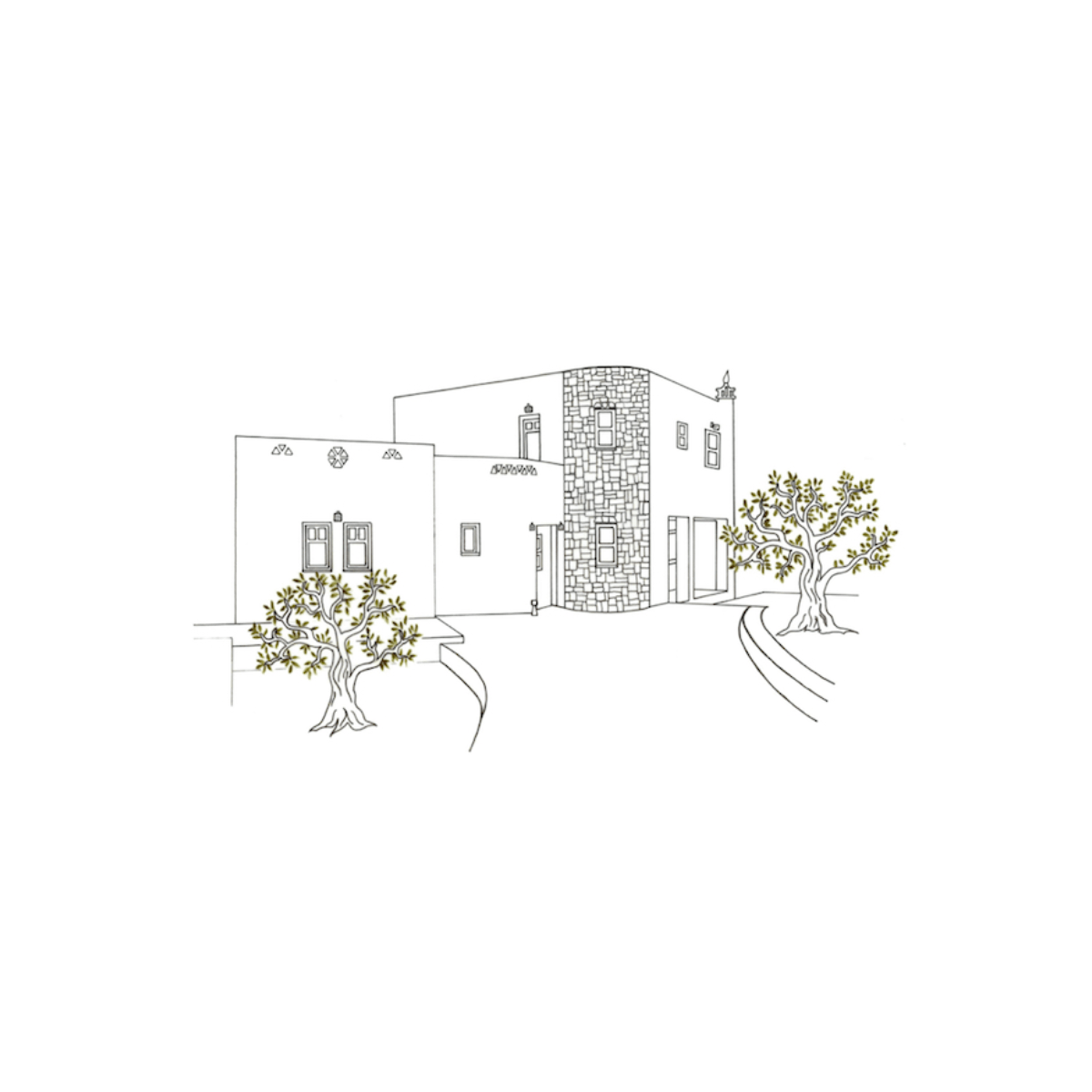 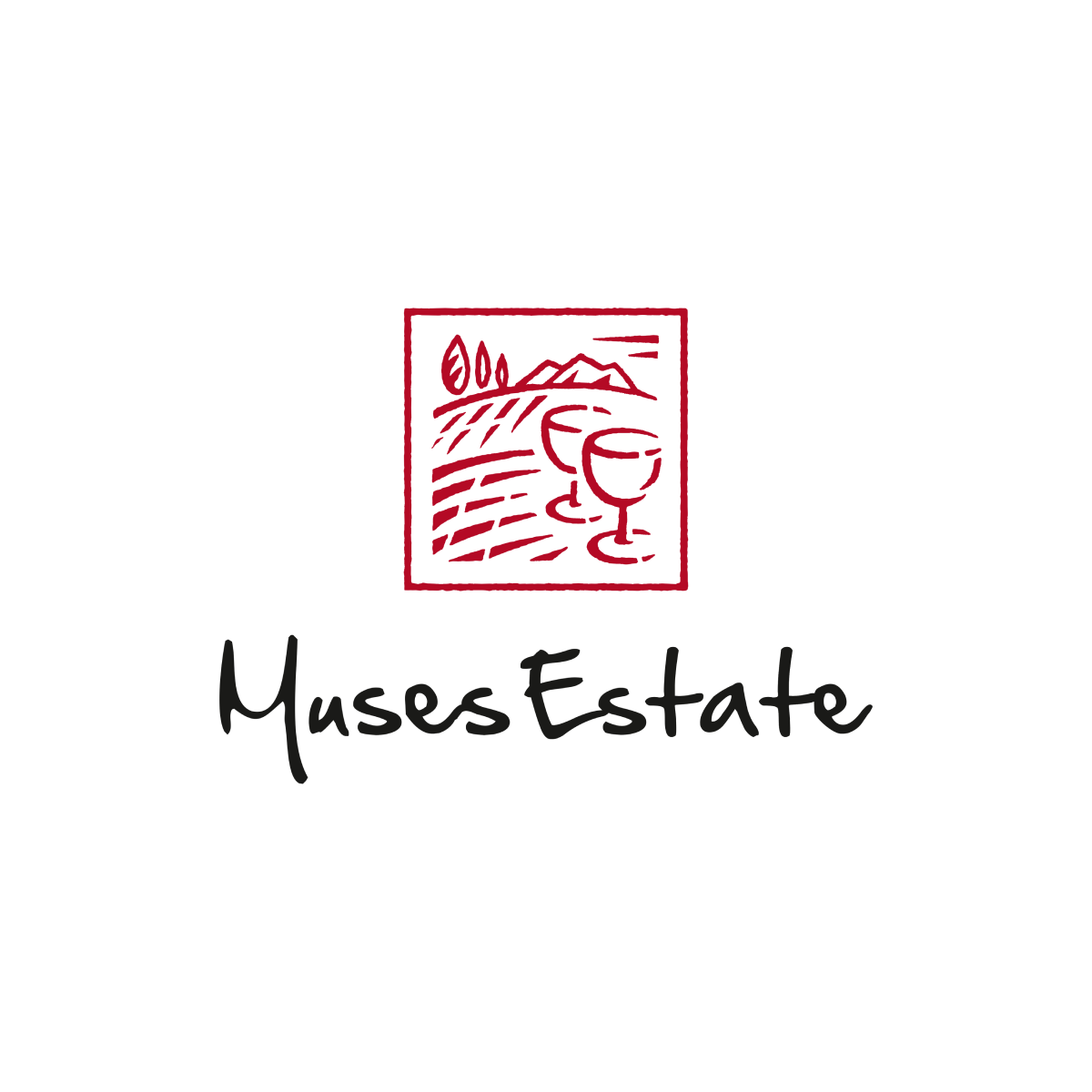 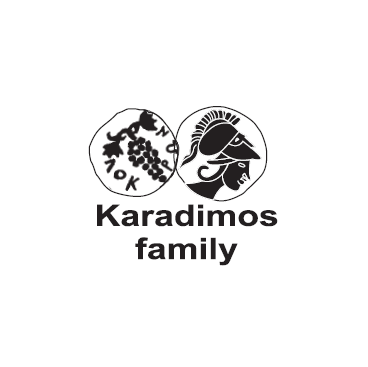 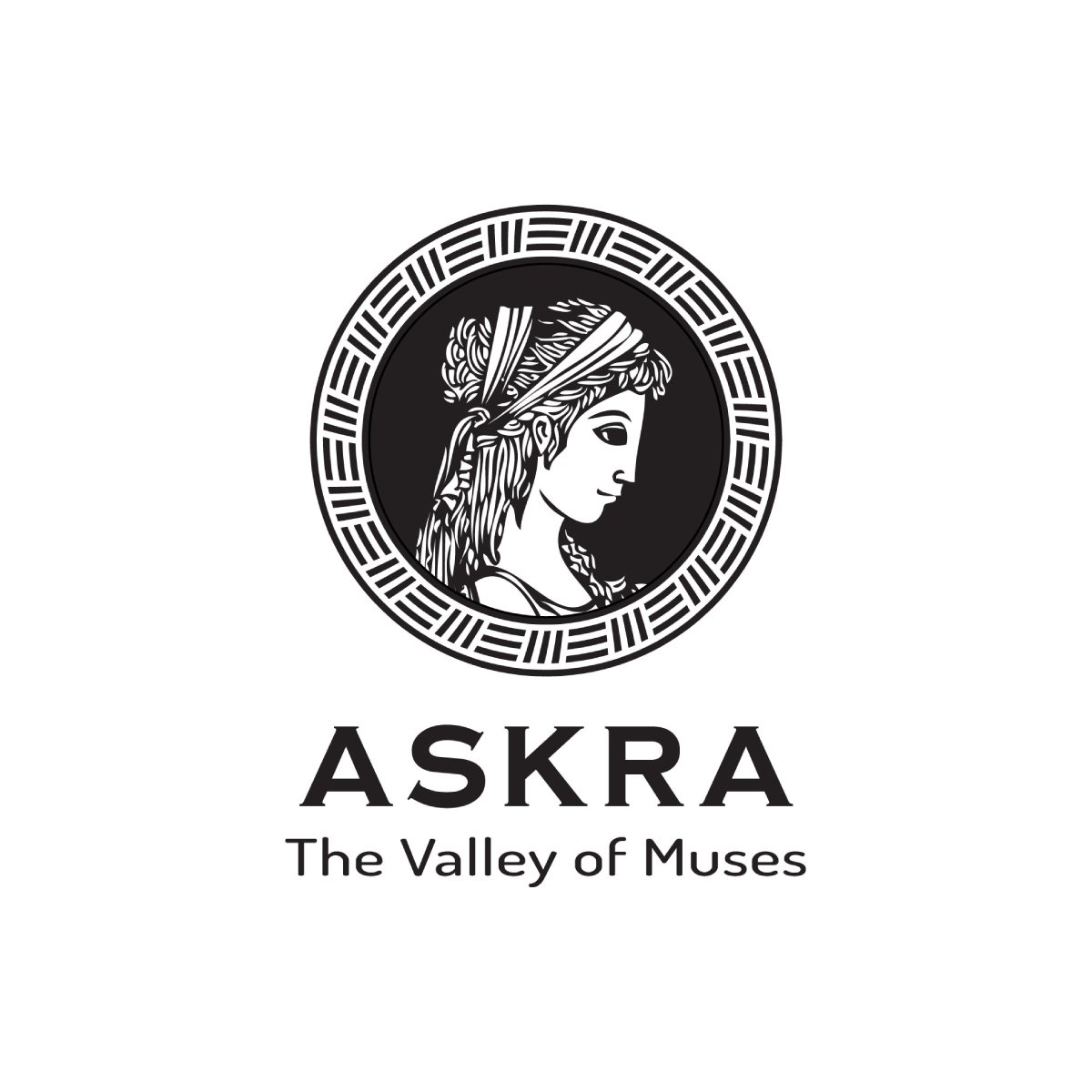 ASKRA THE VALLEY OF MUSES